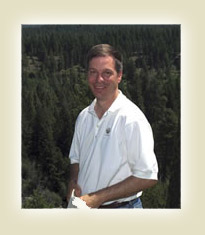 Every great golf architect has taken the time to study the great links of the British Isles, upon which the game evolved. Thanks to a scholarship from Cornell University, I got to live on the links -- caddying at St. Andrews the summer after my graduation, then spending the next seven months playing and studying every course of note.

In that year abroad, I discovered a challenging, natural outdoor sport played by all ages, on exciting courses which had cost nothing to build and which were affordable for all to play. Ever since, I’ve felt a responsibility to build courses which reflect the ideals of the game as the Scots still play it.

My ideas on design are shaped by having seen nearly every great course in the world -- more than 1,000 in all. It still fascinates me how different good courses can be from one another. Sometimes a stretch of ground will remind me of a golf hole I saw in Britain twenty years ago, but the best designs of all are organic, evolving from the subtleties of the ground they inhabit. The chance to create an interesting golf hole which is a bit different than anything I've seen before is what makes all the travel worthwhile.

I spent three years working on construction projects for Pete Dye and his sons, learning how golf courses are built at the highest level. Along the way I discovered that I love the work, too -- being out in the field, refining design ideas while the course is coming together. My first solo design opportunity came at the age of 26, and I haven’t looked back; but we continue to improve at the craft of building golf courses with every project we do.

I’ve been called a lot more names than most golf course architects. Iconoclastic. Cerebral. A traditionalist, and a radical. I love to be considered a radical, but it’s ironic that we’re also trusted consultants to some of the most conservative golf clubs in America. Most of all, I’ve been labeled as “controversial.” But so, too, were my heroes in the business, Alister MacKenzie and Pete Dye.

Today, our design commissions give us the chance to lead by example. And I’m excited to finally be getting the opportunity to show what I’ve learned.

Since the opening of High Pointe in 1989, our work has been praised as the foundation of a new “minimalist movement” of golf course design. However, we have found that a lot of people misunderstand the term, and that our competitors want to typecast us.

Today it is politically correct for every designer to talk about “working with the land.” However, in their next breath, most other designers go on to dismiss minimalism as impractical, except on the most special sites. They lament that the good pieces of land are all gone, and complain about modern environmental restrictions.

For the most part, minimalism is just good common sense, a refusal to let design ideas out of thin air outweigh the realities of the site. Instead of reshaping a severe slope, we try to figure out how to use it to make a golf hole interesting. If it’s just too severe, we’ll try a sequence of holes which avoids it entirely. The bulldozer is our third and last option.

This philosophy of design doesn’t mean we can’t work with less-than-perfect properties. On the contrary, when you are dealing with a severely hilly and rocky site like Stone Eagle, or a dead flat site like Texas Tech, the ability to figure out how to make good golf holes while moving less earth is more important than ever.

Restraint in earthmoving sets off a chain reaction of savings in the overall project budget. Natural areas not only add local character to a golf course, they don’t have to be irrigated or seeded or maintained for the life of the course. We never create pockets which have to be artificially drained when the natural surface drainage will suffice. Every contour that can be left alone saves topsoil stripping and replacement.

We have been blessed to work on some extraordinary sites, and we‘ve established what results we can achieve with them. By the same token, sites like Beechtree and Riverfront might have been dismissed by other designers as dull properties, and we managed to find interest in them without moving any more earth on the fairways than we did at Pacific Dunes. Good detail work goes a long way.

We do understand how to move earth when the need arises, whether it’s to add interest to a flat site or to soften a steep one. In fact, you have to be really good at moving earth to conceal what you’ve done, when the surrounding landscape is untouched. Any edge of disturbance, be it a clearing line or a major earthwork, is strenuously examined and finessed until it is blurred beyond recognition. This is the key to producing a new course that looks like it’s been there for 75 years.

The greatest compliment we can receive is for someone to look at our work and say, “Well, they had a great site so they didn’t really have to do very much, the course was laying there already.” The truest test of ability is to make the work look easy.

For more information, and a list of other Doak Courses, please visit: DoakGolf.com