ExperienceGolf® is the Exclusive Provider of Instruction Programming 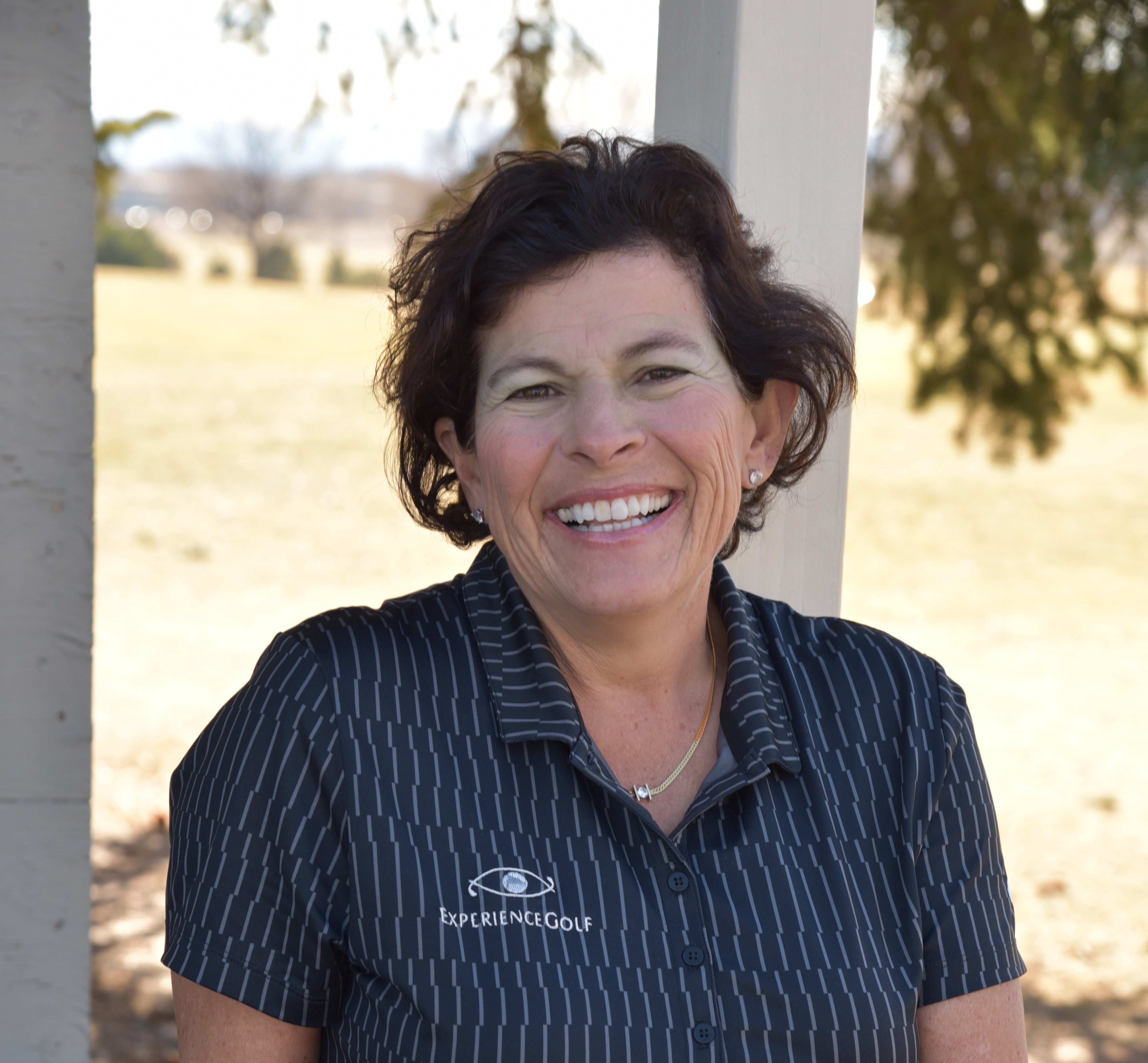 Since founding ExperienceGolf in 2008, Elena has been recognized as one of Colorado's elite golf professionals. Her dedication and success empowering her students to perform at their personal best has earned her some of the sports' most prestigious awards.

Prior to founding ExperienceGolf in 2008, Elena taught at the McGetrick Golf Academy in Denver, CO. During her five years at McGetrick, Elena refined her approach and philosophy to instruction and coaching to include overall performance and player development. Elena coaches players of all levels from beginners to touring professionals and tailors her approach to support each individual in discovering his or her specific goals. She is coach and mentor to many of the top junior players in the state. Elena is a Titleist Performance Institute (TPI) Certified Instructor, Titleist Certified Fitter and FlightScope Certified.

In addition to her 25 years of teaching and coaching, Elena is a popular keynote speaker and writer for local and national media. Elena played Division I golf for the University of Iowa where she was captain of her team for three years. She is an accomplished player with many individual titles both as an amateur and a professional.

To schedule a lesson with Elena, please Click Here 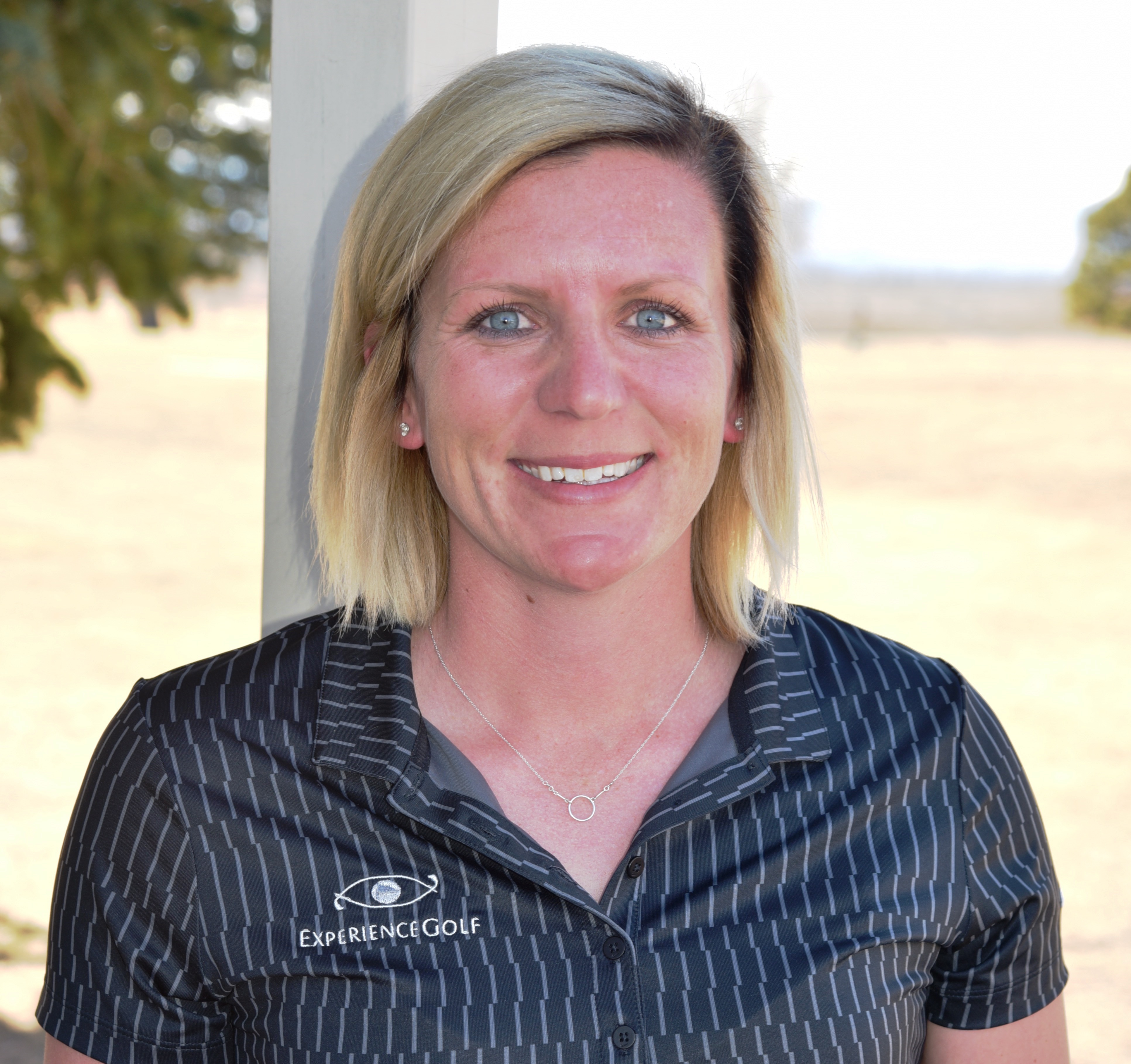 Stefanie is a Class A LPGA , PGA and Titleist Performance Institute (TPI) certified instructor and recent winner of "Best Instructor for Women in Colorado" by Colorado AvidGolfer.  She qualified for the 2013 LPGA Championship at Locust Hills and competed in her first major.  Stef grew up in Broomfield, CO and played collegiate golf at Colorado State University where she was the team captain. Stef is also the Women's Head Golf Coach for Metro State Univeristy.

To schedule a lesson with Stefanie, please Click Here

Maggie is a Denver Native who grew up playing City Park Golf Course. She played several sports through high school, but chose golf when she decided to enter the PGA Golf Management Program at University of Colorado Colorado Springs. She has been involved with instruction at all three Colorado Chapters of The First Tee as well as PGA REACH initiatives and she has worked at City Park Golf Course, Denver Country Club, The Broadmoor Golf Club, as well as with the Colorado PGA with the Junior Golf Alliance of Colorado.

Maggie was a volunteer coach for Denver East High School Men’s and Women’s Teams from 2013-2015. She has held positions on the UCCS PGA Golf Management Student Society Executive Board as Community Service Chair and Vice President. One of Maggie’s favorite things is to see young athletes fall in love with golf. She is the youngest of three children in her family, all of whom grew up playing junior golf in Colorado.

A native of Nebraska, Ian played multiple sports growing up before discovering golf at the age of 16. Starting golf at a later age, Ian got hooked and worked tirelessly on his golf game to develop to a first class golf professional. Ian graduated from the University of Nebraska-Lincoln in Professional Golf Management, along the way working at some of the finest golf clubs in Illinois, Minnesota, Oregon, Idaho, and California. Ian has lived in Colorado for the past year and a half and loves to hike in the summer when he’s not teaching and skiing the slopes in the winter. Ian has worked extensively with juniors having worked and run junior clinics all over the country and captained PGA Junior Leagues on several occasions. Ian will help all golfers of all ages and abilities to accomplish their goals in golf. 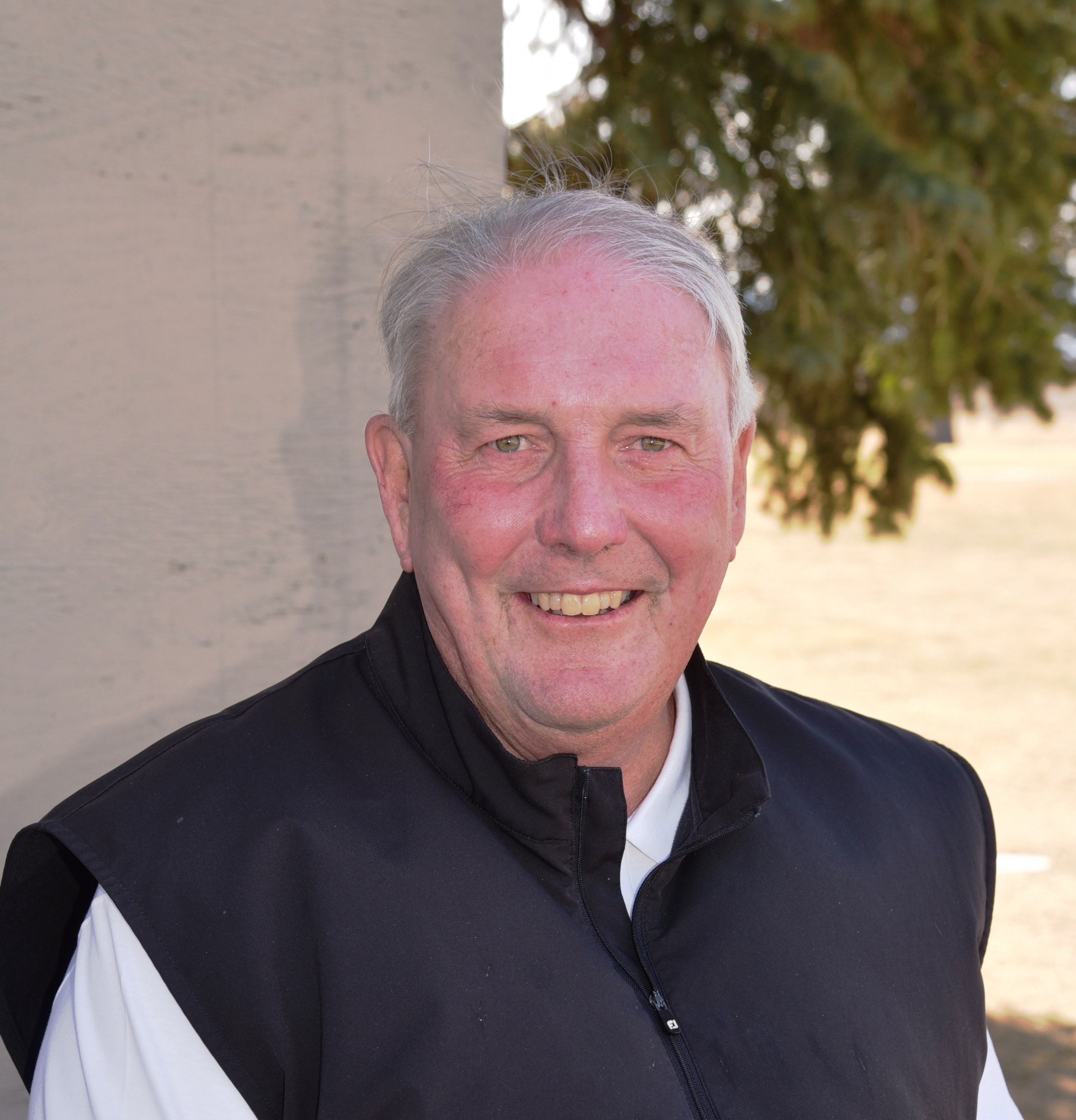 Tom began his life-long involvement in golf at age 11 as a caddie at the Colorado Springs Country Club, a career that has spanned over 50 years and was highlighted with his election in 2010 to the Colorado Golf Hall of Fame.  After turning professional in 1971, Tom worked as an Assistant Professional at three different clubs in Colorado before arriving at Cherry Hills Country Club in 1976.  In the spring of 1979 Tom accepted his first Head Golf Professional  position at the Sheraton Steamboat Resort in Steamboat Springs and remained there for three years (1979-81).  In 1982 he was selected as the Golf Professional at the Denver Country Club, a position he held for 28 years until retiring in October of 2009.

As a competitor, Tom enjoyed moderate success during the length of his career.  He was the Colorado State High School Individual Champion in 1967.  While attending New Mexico State University he participated in four NCAA Championships, making the individual cut in his final two years.  Tom also qualified and played in two USGA Open Championships - 1975 at the Medinah Country Club in Chicago, and again in 1980 at the Baltusrol Golf Club in Springfield, New Jersey.  During his career he has also qualified and played in five PGA National Club Professional Championships.

As an instructor, Tom has been given the opportunity to work with, observe, and study all of the great teachers.  He has introduced and instructed the game of golf to all ages and abilities, with his instruction based on sound fundamentals and setting realistic goals.  In addition to his private instruction, Tom has concentrated on assisting CommonGround Golf Course, in conducting programs and clinics designed to enhance the Learning Center brand at CommonGround, as well as assisting in designing new programs to attract new players comfortably to the game. 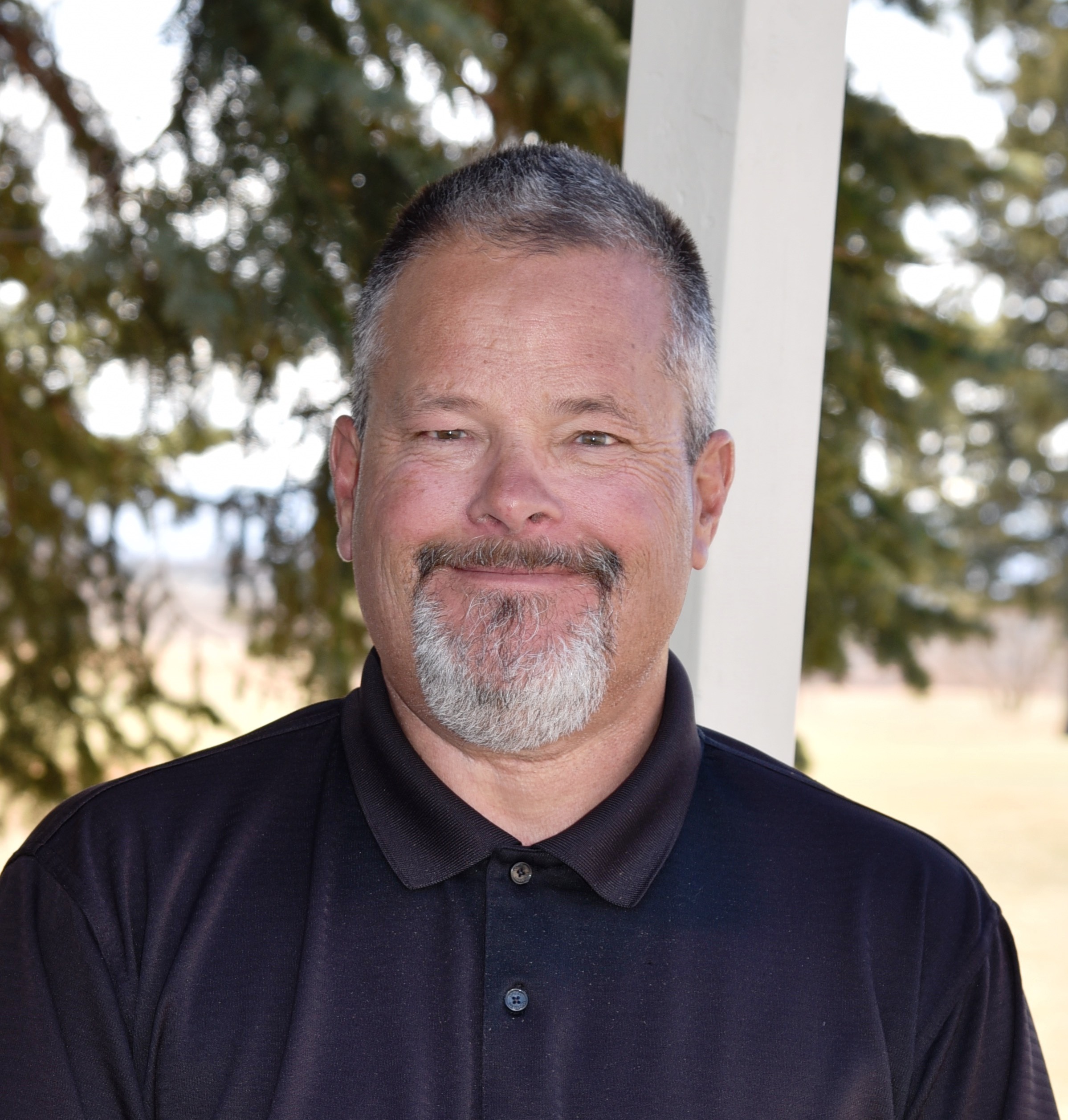 My great passion is in teaching others to become the best golfers they can be. Helping students along the journey of discovery and understanding. Watching a student’s development and seeing the joy on their face when they are able to do things with a golf club that they only dreamed of.

My desire to help others comes from my own experiences as a child and young adult growing up in and around the golf industry. The game of golf has provided me with many great role models and teachers. I am grateful to have apprenticed with some of the game’s best teachers: Gene Johnson, Jim Edder, and Matt Zadalis in Omaha, and Mike McGetrick in Colorado.I have coached players that have won tournaments at the junior, college, and amateur level. My patience and ability to communicate complicated things simply, coupled with my desire to help every student improve, ensures a high level of instruction. Even with twenty plus years of teaching experience, I pride myself on the fact that I am always learning and continuously striving to become a better instructor 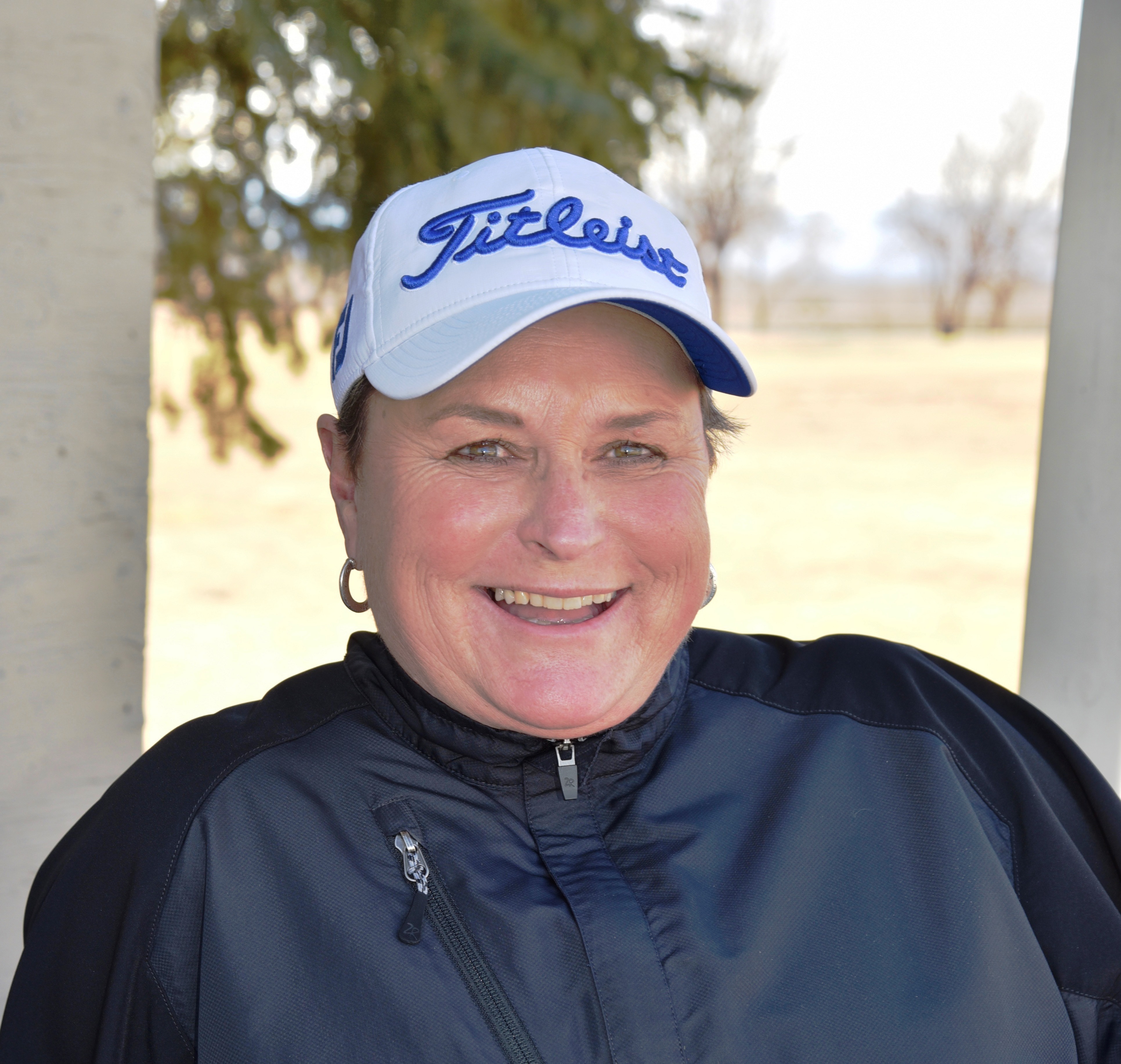 Lauren Howe has always been curious about how things, especially life, works. It's no mistake her last name is Howe!

Lauren became a champion at an early age. She was winning golf tournaments by age nine. Her fast track to the LPGA Tour included winning City championships at age 13, state tournaments by age 15, national and international championships by age 16. Lauren graduated from high school a year early so she could have one year of college competition under her belt by the time she was 18 and eligible to try for the tour. She then became the youngest winner of the LPGA Qualifying School. While spending 13 years on tour, Lauren won and had numerous Top 10 finishes.

What has shaped Lauren most from the tour was her exposure to champion's from all facets of life. As Lauren interacted with great athletes, captains of industry, actors, politicians and other successful people, she was always questioning them about what made them successful. While there are many ways to get to the top of your field, certain things kept showing up. Lauren's quest is to continue finding the most effective ways to help people achieve their dreams. She is a great synthesizer of information and an excellent communicator. Lauren's knowledge, heart and humor make her an incredibly fun and effective coach!

Lauren is a Neuro-Linquistic Programming and Neuro-Associative Conditioning Specialist and a Certified Passion Test Facilitator. Lauren was also voted Player of the Year in 1978 & 1983 and Person of the Year in 1983 by the Colorado Golf Hall of Fame. 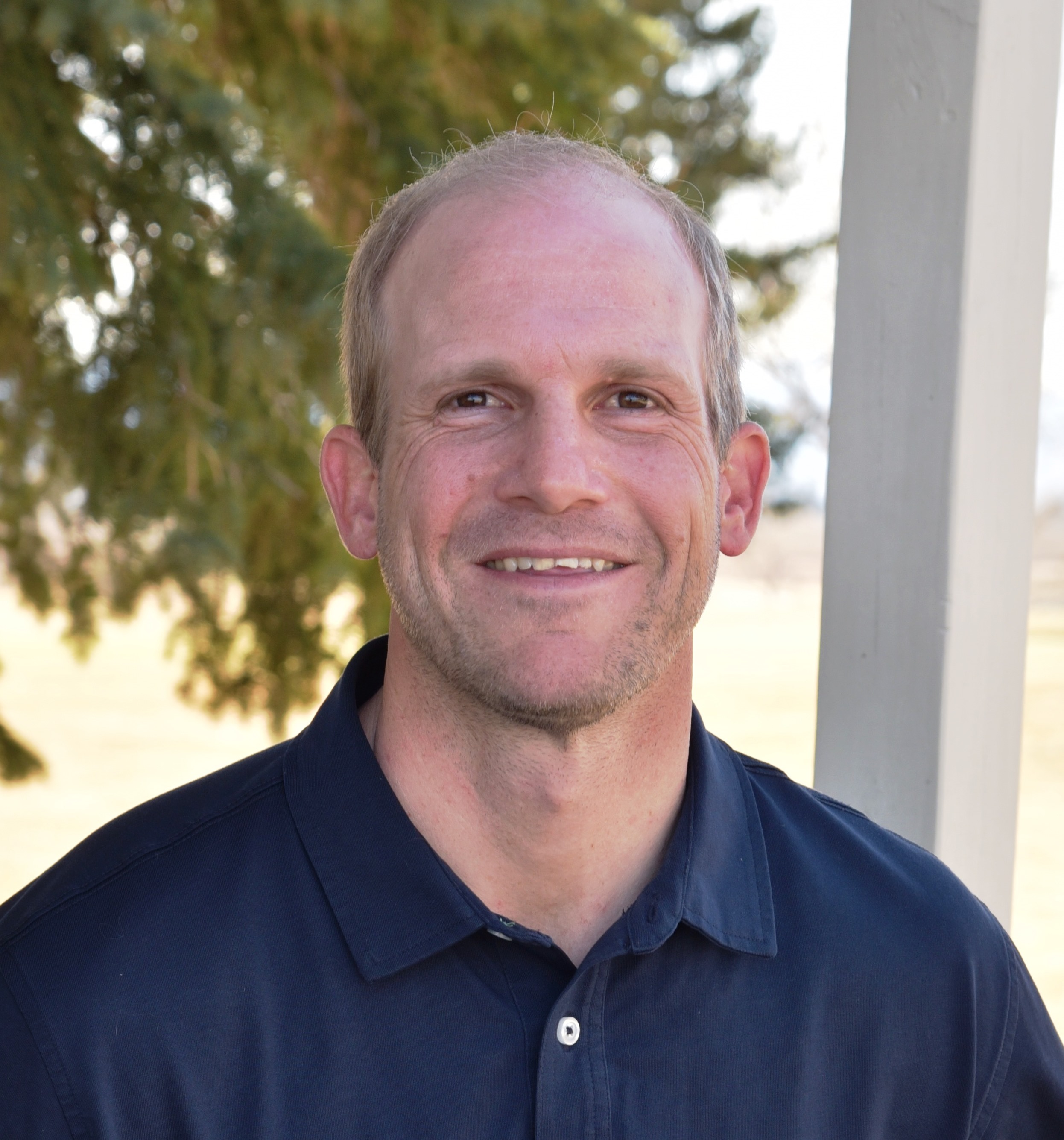 Scott Wells founded Catch-72 Golf in 2015, and is a Class A member of the PGA of America. Scott was awarded by US Kids Golf as a “2017 Top 50 Kids Teacher”. He is a U.S. Kids Golf Certified Coach, and maintains his PGA Teaching & Coaching Certification.

Learning under preeminent instructors, many ranked in the top 100 by different golf publications, has undoubtedly helped shape Scott's teaching knowledge and philosophy. However, his teaching method is distinctive, and not merely a replication of any other instructor’s style. Consistent feedback from Scott's students has proven that his method of teaching produces efficient, tangible results. Nevertheless, Scott continues to enhance his teaching style by staying abreast of the latest teaching drills, instructional aids, and trends. He then uses this information to create uniquely effective lesson plans for his students.

Brad has over 20 years of Professional Golf experience. He has been the RegionalDirector for Nike Golf Schools & Junior Camps in Colorado since 1999. He is the former assistant coach of the University of Colorado Men's Golf team and served as head coach during the 2005-2006 season.

As an honorable mention U.S. Kids "Top 50" Junior Instructor of America, he was the CEO/Founder of ACE (Access, Competition & Etiquette) Golf Foundation which he formed in 1998, running the organization until it merged with the Gold Crown Junior Learning Center, after seven years of dedication to the project.

Brad's Champions Golf School is a year round elite training program for Adult & Junior golfers to take their game to the next level!